Fresh Off The Boat – Eddie Huang and Seth Godin Collide 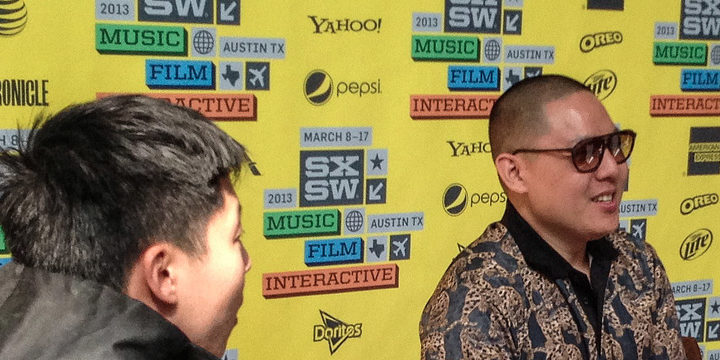 One of my favorite sessions at SXSW was from Eddie Huang. He’s brash, ambitious, doesn’t give a shit what you think….and really really smart. I originally went to his session because I’m a big fan of his web series Fresh Off The Boat on the VICE network. It’s  part reality show, part hip-hop culture, part travelogue, and part cooking show. What I didn’t know about him was that in addition to opening Bauhaus in NYC, he’s also been a stand up comic, a lawyer, a TED fellow and a writer.

Eddie showed up to the session with two guys whom he met the previous night through Twitter – no, not two guys that work AT Twitter, but two guys he just met through Twitter. How? He ran out of weed of course (click the images to see how it all went down)… 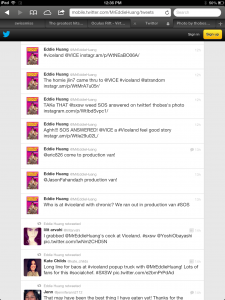 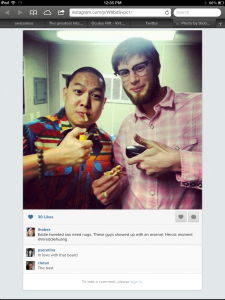 It starts w/ Eddie sending out an SOS tweet letting the world know that they’ve just run out of weed at VICELAND and seeing if anyone could get the party started again. Within seconds that problem got solved. Great example of social media solving problems in real time, right?

And that’s how Eddie got his co-presenters.

As I go through this list, I can’t help but see that Eddie Huang and Seth Godin are a lot alike. They’re speaking to very different audiences, and in VERY different tones – but the message is the same, especially as I just finished Seth’s latest book ‘The Icarus Deception’. Make Your Art. Pick Yourself. Stop Waiting For Permission. Be Awesome. Be Fearless. Be a Rebel. Follow Your Dreams. Start Now. Ship.