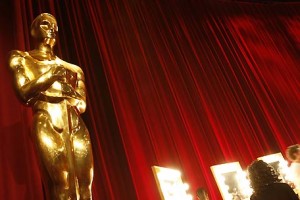 Since it was a live stream I also was getting all the commercials as well (LA based), so technically I was still being reached by the advertisements. But this got me thinking – why the hell would ABC NOT want to stream this event (or other major events) live? Is it simply a licensing issue? Is it a bandwidth issue? If anyone really knows please leave a comment.

Licensing is the most likely culprit. Surely ABC and (ahem, the Academy) must know that there is a market for people who want to tune in to the live broadcast via their mobile device or their laptop. Why not make some cash on selling ads for that stream? Are they worried about it cannibalizing the traditional TV broadcast and precious gross rating points?

I think many businesses (particularly big ones) are stuck in the traditional mindset and many large media companies in particular fail to realize that people will consume their content how they want to consume it. It was as easy as a Twitter search. ABC shouldn’t worry about another network eating their lunch with live streaming, but rather the hundreds of kids in their living rooms who decided on their own to make the broadcast available online via free (or cheap) tools like Justin.tv or Ustream. They are in so many ways out of control of their content, and instead of trying to lock it down, they should be finding ways to work to deliver that content across multiple platforms simultaneously-and monetize, if only through ad revenue. Apple didn’t fight piracy of music by stringent DRM (well, initially they did, but that’s opened up now) – they did it by recognizing that the best way to fight piracy was to come up with a system that made content consumption easy, high quality, and at a fair price. And people have paid up.

Or is it about the cost associated with bandwidth? Let’s just for the sake of argument say that it is… Where I see a major opportunity here is for revenue sharing. All of these ‘illegal streams’ weren’t using bandwidth at a cost to ABC – nope, they were using their own home connections to redistribute that content. I think there is a huge opportunity for networks, but even more so for bands and public radio, to spread the cost of streaming and bandwidth among their fans and listeners, using volunteers to fork over a little of their bandwidth so users can access content online for free or on the cheap. I see a future where instead of ABC trying to shut down illegal streams of the Oscars or the Super Bowl, they’ll enter into rev share agreements with ‘re-broadcasters’ who make their own streams available, or allow these re-broadcasters to sell their own display or video ads. Big opportunities, no? Did you watch the Oscars? And if so, did you watch them using any ‘non-traditional’ medium? Fire away in the comments.