Who you ARE helping today 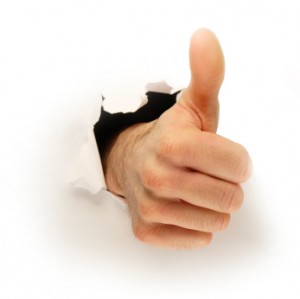 In my last post, I was hoping to get people thinking about what they are doing to help others, as well as get some ideas myself. But most of all I was hoping to start a conversation on the topic. And I was so impressed by the stories that were shared in the comments or on Twitter and Facebook. I wanted to share a few of them in the hopes that they’ll inspire you to get involved.
One commenter (Heather) told me about the work that she’s been doing on her own to provide furniture to refugee families who end up in Utica (where we both are from).

Yesterday i helped drive 2 loads of furniture to two separate refugee families that have NOTHING. It was so sweet and they were so grateful. It would be great if you could spread the word on how bad I need mattresses, tables, and other furnishings for these people. Until it’s donated to them, they are literally sleeping and eating on wood floors right here in our city of Utica. How can a child pay attention and get educated in school if she sleeps on a hard wood floor uncomfortably all night? Same goes for a working father, how can he work with a beat up back? I’m sure you get the point. East Utica is looking great in the areas where the refugees that have been here for a while have worked their way up the social ladder.

So if you’re in central New York and have furniture that you would like to repurpose, leave a comment and I’ll be in touch to help coordinate. I’ve already been in contact with Heather offline and am trying to get some furniture together.

Likewise, @Johnmatthews sent me a tweet about an organization that he is involved with called Operation Photo Rescue – where a volunteer network of digital photographers, photo journalists and designers repair photographs damaged by natural disasters and house fires – free of charge. I never would have thought an organization like this existed and they’re doing amazing work at the moment with the flood victims in Nashville, TN. You can get more info on the official site – or talk to John on Twitter.

Virgina Reuter hit me up on Twitter to tell me about how she is building an e-newsletter pro bono for Village Hope Core International which is a non profit that deals with micro lending to family-based enterprises in the village of Chogoria, Kenya.

I should also mention an organization that I’ve been involved with for a few years now called Hope House which works to feed people within the city of Utica. They do amazing work and I’m hopefully going to be doing much more with them in the coming months. You can hit up their website for more info about their mission and their needs.

I was also reminded of the everyday things that are done to help family and friends that often times get overlooked. So there are tons of amazing people doing amazing things online and offline and I’m really grateful that peeps have been sharing their stories. If you’ve got one you’d like to share, drop a comment below.