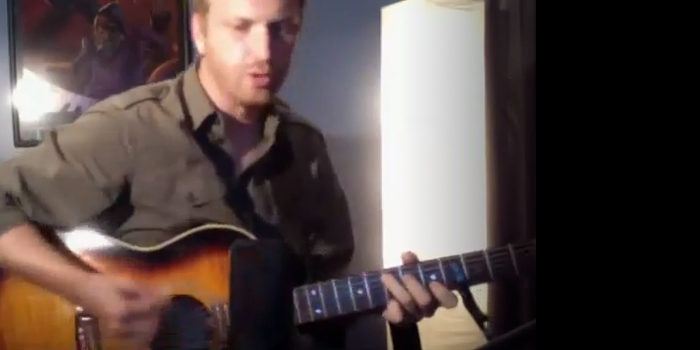 Last week I did an impromptu Google+ Hangout On Air Acoustic concert. It was a quick test to see how the audio and video quality would come out if I attempted to do a live acoustic set on the web. The goal is to get things dialed in and hopefully do a live songwriter’s circle with folks from around the country or maybe a live set with the Neon Marias and see what kind of interaction and interest we can generate.

But it was during this first test that I learned something really important about streaming content and building an audience. My initial thinking was that a live-streamed concert would generate some good buzz within my immediate social media network, folks would tune in, maybe leave some comments, have a listen and share the link, BECAUSE it was live. The hook was that it’s happening now. But the ‘now’ is only half the battle. I’ve learned that you have to meet your users 3/4 of the way to get 1/4 of their attention. The key to that is mobile.

Want to get viewers? Own mobile. Google Hangouts on Air is in my opinion the best platform out there for the average content creator to find an audience. This is NOT because it’s google, or because of the 10 way video chat capability. It’s simply because it works on mobile devices.

I was surprised to hear from multiple people after the broadcast that they were tuning in to the Hangout on air via their phone, since when I sent the Tweet and Facebook post out that I’d be doing a live show in 5 minutes, they weren’t near a computer. Pro Tip: most people aren’t just sitting with their laptop open on Facebook waiting for something to happen. But they ARE on their phones. Making the broadcast easily viewable via mobile is going to be the key to live streaming. Appointment TV is Dead. Primetime is dead. Want to know what the new Prime Time is going to be? It’s 7a.m. to 8:30a.m. when people are commuting or taking the train. It’s the 10 a.m. bathroom or cigarette break. It’s bathroom reading time. It’s lunchtime. And it’s on the phone.

I’m really looking forward to doing more w/ livestreaming aoustic sets from the house, or broadcasting studio sessions, or just having some discussions while cooking dinner or having a glass of wine. I think it’s just a matter of time before more people become comfortable with Google+ as a platform, and particularly embrace it because of it’s hangout and mobile capability. Agree? Have you ever been part of a Google+ Hangout yet? If not, what is holding you back?