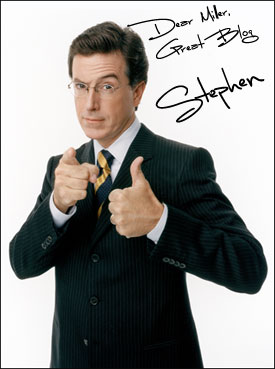 There was a really interesting and insightful video from Gary V. about how the explosion of social media has changed customer expectations. He talks about how brands & celebrities are embracing the same social networks that we are, and that there is also now an expectation of interaction buy the consumer. If I think a product sucks and I talk about it, I could rightly expect that someone at that company is at least listening – and may respond.

The same is getting to be true celebrities, CEOs, and the like – John Mayer, Ashton Kutcher, Bill Gates and other top business peeps are on Twitter and (in theory) accessible. No gatekeepers for them in this medium. But can it last? And because of the openness we’re seeing now, will customers grow to have expectations that can’t be sustained?

Andrew Warner over at Mixergy had an interesting post arguing that it can’t. And I tend to agree, but don’t think it will be true for absolutely everyone. We’re in what I think of as an attention gold rush – where the tools are still new enough that barriers and gatekeepers aren’t a huge issue yet. As this builds (and it will) the competition for attention and competition for that conversation will start to exist, just like in every other medium. Gary is a good example of someone who works really hard to engage 1:1 and say ‘what’s up’ to a good chunk of his audience, but with every appearance on GMA, every new tasting with Jimmy Fallon, the audience grows and I’m sure it gets much harder to scale those interactions 1:1.

But, I think it all comes down to how bad someone wants a passionate online community. I get really excited any time someone like Gary (or Andrew, or Chris) responds to a question of mine or a blog I posted. Because it takes real time to respond directly, those discussions make people feel like they are a valued part of the community. Maybe down the road there will have to be another mechanism that can scale better, but at a basic level, I think nothing creates a brand evangelist or a fan like a conversation. Businesses and people will have to learn to better manage those interactions and scale them up, or customers and fans may become disenchanted if these new tools become the 21st century equivelant of fan mail.

Your thoughts? Is there a good way to scale your social interactions if you’re a major brand or celebrity that hasn’t been talked about? Will interactions and expectations consistently increase or will they bell curve? Hit me in the comments…