My first 2 weeks as a Google Glass Explorer 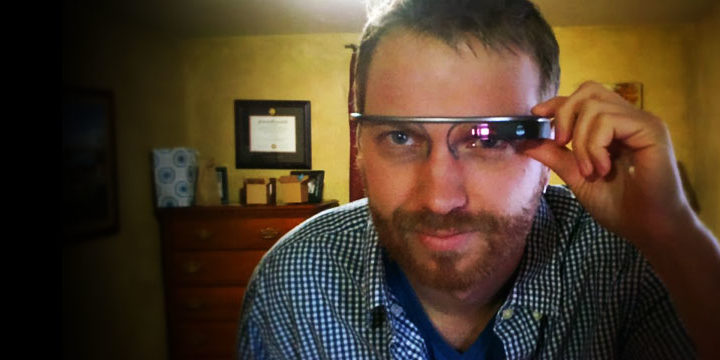 It’s been just over two weeks since I’ve become a Google Glass Explorer (or “Glasshole” depending on your view of the technology) – one of the first waves of people to own/test Google Glass, the company’s wearable heads up display. While the technology is still very much in its infancy, I did want to share some thoughts about the device itself as well as what’s its been like to wear a computer on your face. If you’re not familiar with Glass, check out Google’s official page and watch the of videos of what it’s like to wear it. You’ll get a pretty good idea of how it looks in your field of vision, as well as some of the things you can do with it.

Overall, I LOVE this device. I had an inclination that I was going to enjoy it, but in short, the more I use it, the more I use it. Once I’ve gotten used to the interface and set up notifications the way I want them, the utility that it provides me, even at this early stage of the software has been pretty awesome.

While most of the fanfare around the device has been about the camera and it’s privacy implications (we’ll get to that later) – for me the killer features have been the notifications and voice recognition, especially when dealing with text messages and emails. Glass will ping you when an email comes in (using Gmail, it knows which ones are from people you communicate with, and it does its best not to interrupt you with any spam messages) or when a text comes through. Glass will read it to me through the bone-conducting speaker and allow me to speak a reply, which it translates into text and sends. I’ve been amazed at how accurate the speech to text is, and how easy it is to fire off short messages.

Turn by turn directions in Glass are also outstanding. Speak where you want to go, and glass will give you a GPS map right in your field of view, speaking directions to you as you need them. Make a turn and the display turns off until you need it again.

There are several other features and new tasks you can accomplish with Glass that I’m not going to get into at this point, but I feel that it’s very much like where the iPhone was when it was first released. There were only a few apps and the user experience would come a long way over the following years.

I don’t think that Glass is ready for prime time yet. There are still some bugs to be worked out and quite frankly some education that needs to happen with the general public especially regarding privacy concerns.

It’s short. No getting around it. I’d guess that you’d get about 90 min to two hours of continuous use. But Glass is a product that at its core is designed to turn on, get you the information you need and then get out of the way. With normal use I’ve been able to make it a full day on a charge, but people who use it much more than I do will have to charge up. I think some efficiencies can be gained in the way the software and radios work so while it won’t be night and day, it will improve.

The feature that’s been getting the most press, is actually one that’s not very good. The wide angle is nice, but the resolution and the way it handles light doesn’t result in great photos. Again, maybe some of this will be fixed with software but the camera on Glass (and video from Glass) won’t replace your DSLR or your cell phone camera at this point. It IS great for quick shots that you’d never catch waiting to get out your phone. Here are a few photos I’ve taken Through Glass 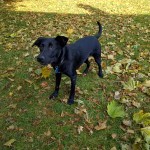 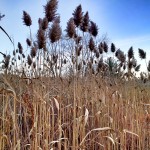 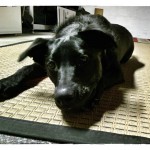 Maybe the biggest challenge Glass is going to have is the social stigma of wearing a computer on your face. I haven’t been wearing it out to bars or in public all that much, because it’s not exactly inconspicuous. But I think that the Explorer program is a very smart move by Google in getting Glass out there in the wild before releasing them to the general public. We’re essential ambassadors by default. I have been surprised at how many people are just genuinely curious and want to try them out rather than simply dismissing them. It really is a device that you have to wear to understand, and I’ve had quite a few folks who thought they were incredibly stupid try them on, and change their opinion.

If you’ve been paying attention you’ve probably seen blog posts about restaurants banning Glass or people voicing privacy concerns about there being a camera mounted on the device that can take pictures hands free. After two weeks with Glass I feel VERY strongly that these concerns are unfounded. If I’m taking a photo or video of you, you’ll probably hear “OK, Glass – Take a Photo” – then see the eyepiece light up as I stare at you. Or I’d have to raise my hand up to the eyepiece and push the camera button manually. In either case, it is VERY apparent when someone with Glass is shooting a video or photo, and in my opinion, it’s easier to sneak photos from a mobile phone.

If people have privacy concerns they should worry more about their credit card data or what they’re sharing on Facebook and Twitter, not what people are able to capture on Glass.

I want to end by saying that I think Glass is a product that is in its infancy, much like the first iPhone or the Apple II. It’s the first in a category of wearable products that for me is already providing a great amount of utility and usefulness, by actually REDUCING the number of times I check my phone or tablet and let’s me manage my notifications in a pretty intuitive way. And I believe it’s only going to get better. I also think that this type of hands free connected device will open up possibilities for people who may have a physical disability, for the sharing of experiences in real time, and for decoupling location from access to experts (think auto repair, medical diagnosis, etc).

The biggest challenge in my opinion is not the tech itself but rather how people will adopt and accept them. There is still a social cost to wearing Glass in public but I think as more wearables are adopted this will fade. Wearable computing is something that is going to be big in 2014, and as the devices get smarter I believe we’ll actually be distracted less as the technology learns our habits, jumps in when it’s needed, then gets out of the way.

If you see me out and about and want to try on Glass, don’t be a stranger, I’m happy to share.