Ira Glass, NPR, and Bittorrent – Match Made in Heaven? 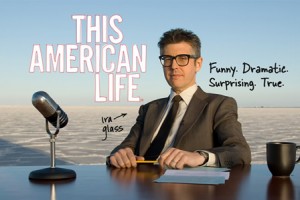 I was listening to This American Life online over the weekend. Normally I try to catch it live but hit up the podcast this time. Before the show plays, you get a nice message from Ira Glass telling you that the podcast is very popular and eats a lot of bandwidth – and bandwidth is expensive. So it’s very important that you support the program with a financial contribution. And it is. I try to pledge my support every year to my NPR station (you kick ass, WRVO). You should too.

Bandwidth had to be one of the most expensive costs for NPR. But I have a theory about it that I wanted to throw out to the web to see what comes back at me. For streaming live audio, I don’t see a lot that can be done to get around the cost of pushing that data to thousands of happy NPR listeners. But I wonder about the archived programs, the podcasts, the non-live chunks of audio that make up a large percentage of the audio bandwidth that NPR is responsible for pushing out.

Why couldn’t NPR use a decentralized structure for distributing its archived programs to listeners – via the bittorrent network – instead of dumping the cost of delivery on itself and relying only on contributions to support it. If they were to open the floodgates of archived shows from This American Life to Morning Edition and all points in between – curators would emerge that would volunteer to host a small collection of archived NPR data files on their home computers and serve them to other users. This would decentralize the bandwidth issue, using small amounts of the individual pipes from ‘Platinum NPR Digital Super Awesome Supporters’ instead of NPR’s servers. In much the same way that people collect and share complete shows of Dave Matthews Band, The Dead, etc. the redundancy of that data being shared would result in an even smaller impact on the individual user – since now we’re only pulling pieces of each file from each user.

What do you think? Is this even feasible? Would it build community or would it crash and burn? Regardless, what opportunities and challenges exist for organizations to decentralize their data? I’d love to know – leave a comment and show some love.