A Commitment to Ship 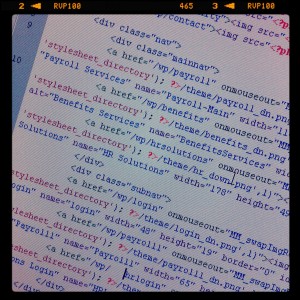 I never use to be a list-maker but somewhere along the lines I started keeping track of things I needed to do during a given day. Not because I was forgetting things regularly but when you spend most of your time in front of a screen – one task flows right into another, and it’s so easy to be interrupted, distracted or get lost in what’s next. Novels that are 3/4 read and blog posts that are 1/2 written remind me of my constant attempts to process more information in a given day than is humanly possible.

Going through directories on my laptop, I’ve noticed several folders of half written code and documents with business and project ideas that never have been fully developed. Some projects are precursors to larger projects, or ideas I’ve wanted to try out as online experiments or small businesses. They’ve never shipped. Why is that? Of course we all deal with massive time constraints in our lives but I’d also argue that at least in my case what has prevented me from shipping can be thrown into three major buckets.

Fear – This is a topic that Seth Godin covers in a lot of his books as a chief obstacle to shipping your idea. What will people think? Will my idea work? Will it sell? Is it a good idea? Will it be worth my time? Those emotions are what he calls ‘The Lizard Brain’ taking over. It’s fight or flight at its core. But failure- especially on projects that are digital in nature- seems to be the most sure path to success. Using the skills and data points from failed projects and consistently shipping new code and new ideas has been at the heart of so many digital entrepreneurs.

Failure to Understand Process – Concepting out an idea or a project is the easy part but identifying manageable steps to get there is a step I too often forget. A lot of folks say the hardest part of a project is beginning but I disagree with that. I think the hardest part is coming up with a series of achievable goals that will lead to the big payoff. It’s making a plan ‘b’ for getting through that first bottleneck that is critical to success. Tim Ferris talked a lot about this process in 4 Hour Workweek when he applied it to planning large life goals (‘dreamlining’) and suggested breaking down those large goals into incredibly small pieces that are achievable. Pieces so small that they could be accomplished on a weekly or daily basis.

The Threat of Infinity – Research has shown that to really modify a behavior and make it stick, 30 days seems to be the threshold. Using that same line of thinking, a path to success is to commit to launch date and a dead-pool date. When you’re committed to shipping – it makes shipping that much easier because you’re married to a date. Ever notice how long ‘coming soon’ pages on websites last? Forever. Commit to a ship date and launch with what you have. Add features instead of ‘coming soon’ placeholders by committing to secondary launch dates. But what about the dead-pool? This goes back to fear. What if it doesn’t work out? Set a timeframe for that too. If the project fails by that date – take it off life support instead of letting the project slowly waste away. This in itself can have a massive amount of value if the exit is done correctly. Open your code or idea to remixers or other developers who might want to modify or take the project in a different direction. Encourage input from your users on how to make the next iteration better, or allow community to take ownership. In short, make it easy for others to build upon your work and ship their own ideas.

That being said, I’m hoping to share some project ideas on the blog soon and more importantly, work through these steps to get them shipped. After all, I really think one of the most important questions we should all have an answer to is – “What are you working on?”

So tell me – how do you prioritize to get projects shipped? I could use the advise. And, more importantly – what are you working on? Fire away in the comments.